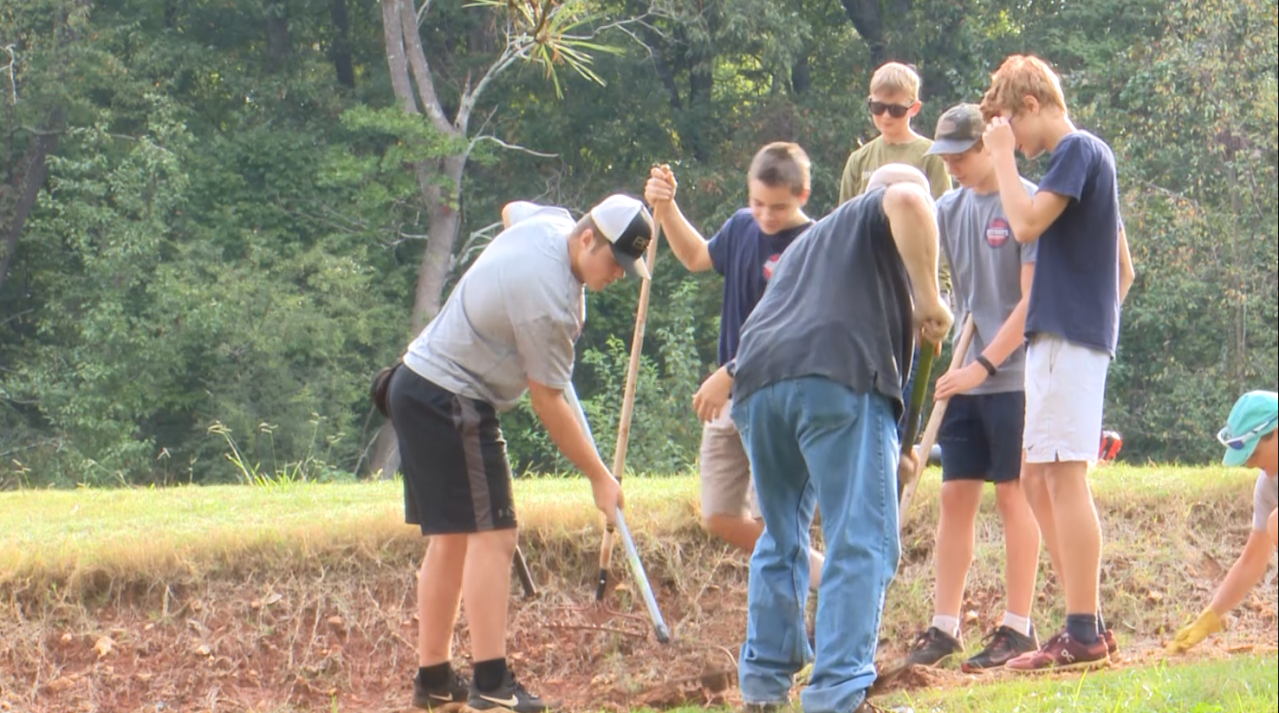 HAMR advocates for more trails in the area and teamed up with the city to get this new one built. The project was finished earlier this year, but with unpredictable weather, the trail took a bit longer to complete.

Brice Johnston, President of HAMR said, “Heavy rains and weathering take effect over time and so with how this was built we finished the actual build in February but we have yet to put many tires on the trail.”

Natural trails will always need constant maintenance, Johnston and bike enthusiasts from around the city took to the trail to help with some small beautification efforts. Johnston says once the trail starts to see more tires, it will start to become more compact making it more sturdy.

The trail is meant for all bike enthusiasts, not just experienced mountain bikers. The trail is considered a “Blue Trail,” which is a beginners trail. Marked along the paths are signs that show you on what days you should be riding in a certain direction. Johnston says the directional flow makes the trail better and safer for everyone.

Throughout the trail, you’ll find over 50 safety markers. They’ll show you the difficulties of the trails, what days you should be going clockwise or counterclockwise and you can even scan the QR code for a digital trail map.

While clean-up efforts were minimal Saturday morning, Johnston says there will always be room for additions to the trail and upkeep.

“It’s going to be an ongoing thing, it’s an ever-revolving door. We’ve definitely got some things we would like to add over time out here, in regards to some features and things on the trails. But, the main thing is to get this thing open and get some tires on the dirt and get this thing established,” Johnston said.

The association is trying to get the high school mountain bike teams involved so they can generate some volunteer hours as they continue to maintain the trail.