Based on the sheer volume of home improvement and fixer-upper shows on cable television these days, it’s easy to conclude there is a ton of interest in having our surroundings tailor-made to our desires. According to a study conducted by the Joint Center for Housing Studies at Harvard University, in 2020, U.S. homeowners spent a staggering $420 billion fixing up their homes – whether they’re doing it for themselves, or putting their homes on either the sale or rental markets. That trend shows no signs of stopping.

Still, there are steps to take to make sure you’re spending your money in the right spots to maximize the return on your investment. The goal for every project you take on should be to add value to your home. Returns vary by project, and seldom is there an improvement where you can recoup 100 percent of your outlay. You also won’t reap the financial benefits of any improvements until you sell the house.

Realtor Mary Hunt, with DeLoach Sotheby’s International Realty, on St. Simons Island, not only sells houses, she renovates them. Hunt owns and manages several properties in the Golden Isles, most of which she and her husband, Brendan, have renovated themselves before placing them in the rental market.

Knowing the local market is a good place to start, but Hunt says before engaging in any home improvement project, she has questions for her clients to consider, especially the outcome they desire. Do they want a more modern look, or a more functional living space?

“I also suggest classic choices that will stand the test of time and avoid fads,” she said. “I would look at light fixtures or tile choices and ask myself if these choices will still look current in 10 years?”

Pinterest, she says, is a great source of inspiration for updating a home.

A lot of folks have difficulty making decisions about colors and materials, and get caught up in whether the items they have chosen are on-trend, align with the style of the home and are consistent with the character of the neighborhood.

Trendy, Hunt says, is not the goal.

“Being trendy with your home remodel isn’t necessarily what I recommend,” she said. “Trends come and go … I usually recommend a theme.”

That means, if you want beachy, chose a color scheme that reflects that. Consider calm colors for a relaxing environment.

“Don’t be afraid of bolder colors though,” she said. “The style of the home … cottage vs. a mid-century modern home, for example, can influence the choices you make, but ultimately, the end goal is to do what makes you feel the most comfortable.”

It’s important to consider what needs you’re trying to accomplish, and prioritize your projects.

“I’m a big fan of retro bathrooms,” Hunt explained. “If the tile is in good shape and layout is nice, but you hate the color, just have it sandblasted and painted.”

Just doing that will save homeowners a lot of money, and Hunt says, at “least 4 inches of concrete and mesh to get through.”

She also suggests updating light fixtures and vanities, as they are affordable, and are do-it-yourself-type jobs.

“Money and time, especially right now, are huge considerations for improving or renovating a home,” she said.

Hunt addressed nine areas of home renovation where there is great return on investment.

Paint– “I’m a big fan of paint, but fad colors can be tiresome. I say go for color if you aren’t afraid to try it,” she said. “I love dark colors in most rooms, but of course, stay away from those if the room is super small.”

Floors – “Many flooring and home improvement stores carry linoleum that looks like hardwood and comes in planks,” Hunt said. “It is a great alternative to carpet because it’s inexpensive and holds up better to spills and water leaks.” The finished salon bedroom (left) features the resilient vinyl plank in a unifying neutral hue that resembles the look and texture of wood.

Minor bath remodels –“Some small things to make a huge impact are lighting and mirrors, but I just did a remodel on my son’s bathroom. (I) added a Bluetooth exhaust speaker system, which upgraded the old noisy exhaust and now allows songs to be played while taking a shower,” she said

Repurposing – “I’m also a believer in trying to reuse an old piece in a new home – like my claw foot tub,” Hunt said. “My home called for a whirlpool tub, but instead I was able to get a true 1950s claw foot tub and put it in instead. Eighteen years later and it looks just as good as when it was installed. I love it so much!”

Updating light fixtures – “(It’s) one of my favorite quick and easy things to do. I’ve changed most of the light fixtures in my house. I also like the receptacles that have the USB ports already in them for convenience, and especially since we all need them for the devices we use.”

Plumbing fixtures– “Updating faucets in the bathroom or kitchen is a quick upgrade or change to your place.” Sinks are also easily changed out.

Minor kitchen remodels– “(They) always go back to open shelves, lighting and appliances,” Hunt said. “Removing cabinets and offering open shelves (adds) a modern, yet more relaxed feel to the kitchen and provides an opportunity for less clutter.” Major kitchen remodels aren’t something that she’s doing much of right now. “I generally try to stick with the current floor plan.”

Window treatments – “Adding drapes to any space, even if they aren’t functional, really finishes a room off.”

Porches– “Porches around here are a necessity. You may only use them fall through spring, but having them provides an added living area. They also protect against those pesky gnats we all know and love.” 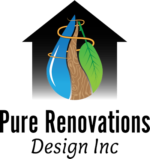